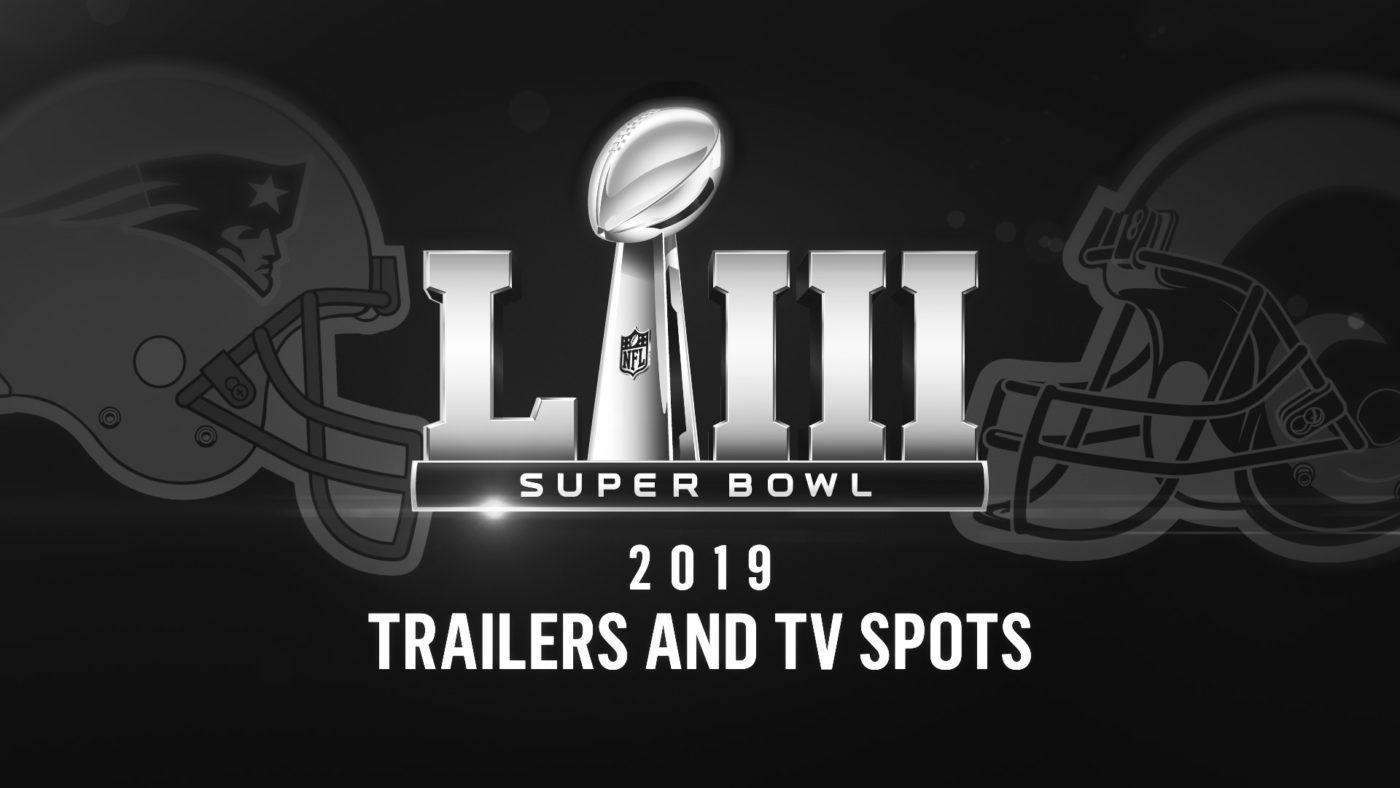 The annual Superbowl game is a much-anticipated event in the Silk Factory office, and it has nothing to do with the game on the pitch. Between the American Football titans facing off, are the crème de la crème of entertainment trailers and TV spots.

This year was no exception. With Marvel investing heavily by showing new spots for Avengers: Endgame and Captain Marvel, HBO teasing their new season of Game of Thrones with a brand partnership spot and Spongebob Squarepants jumping in to brighten things up, it was another diverse and revealing year for film and TV in against the Rams VS Patriots battle.

Keen to share their thoughts, our editors give their two cents on the latest creatives for upcoming theatrical, TV and streaming releases.

A perfect teaser that utilises a funny scene from the movie to maximum effect. The marketing department really needn’t show us any more until the film comes out because it gives us everything we want and could hope for in just 30 seconds!

Marvel have a great history of Super Bowl ads and this year’s TV Spot for ‘Avengers: Endgame’ was no exception. Though one might argue Marvel spots usually follow a very similar (albeit effective) formula, this one definitely stands out for revealing so little. Marvel Studios’ execs made it clear ‘Endgame’ would be marketed unlike any of their previous films by only using material from the film’s first 20 minutes and, in a world of 3-minute blockbuster trailers that spoil huge plot points, it’s refreshing to see a film withhold this much in the run-up to its release and do so effortlessly.

SCARY STORIES TO TELL IN THE DARK

Or just call it ‘Scary Super Bowl Spots to Watch in the Dark’ because these snippets are terrifying! What makes a good horror trailer is the use of sound design and these teasers do it just right. Looking forward to this!

A brilliant spot with great emotional music and fantastically beautiful images carefully cut to make what is a deceptively simple ode to the wonder and beauty of the planet and the series it’s advertising. Perfect.

If you were watching the big game when this trailer came on, you got to experience it the way it was intended. Watching it online takes away some of that magic, but the concept is excellent and couldn’t be more “Twilight Zone”. Thumbs up!

Fake-out trailers aren’t anything new, but this little trailer for season 3 of The Handmaid’s Tale is fantastic. There’s nothing too complex about the creative which is why it works really well. The pacing is good; disturbing and yet hopeful. It has weight, class and got me excited. If I wore a wig, I’d be snatched bald watching that during the Super Bowl.

While it borrows heavily from the O.G. modern horror trailer for Hereditary, this new trailer for Us is absolutely wicked. The freaky sound design paired with great use of disturbing visuals and hair-rising edits make for a fun but terrifying trailer. It’s slick and scary. Get Out on steroids with the horror turned to eleven.

It’s entertaining, shocking, has a laugh and is probably the last time a brand will be able to feed off the Game of Thrones pre-season hype like this, so fair play to them. Beyond all else it delivers clearly an important message:

All men must die, even if you drink Bud Light.

Confidently running at 3 minutes, this is a sharp and slick and a great addition to the ‘Fast’ franchise.

No need for flutter cuts with this trailer. It’s strong and confident with the editing putting the action firmly in the front seat! Bring it on!